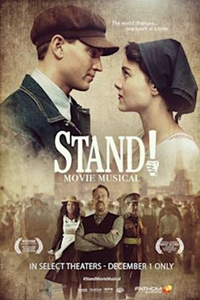 An immigrant Romeo and Juliet battle for love and a better future during a time of social upheaval. Stefan and his father Mike left family in Ukraine, fleeing for the New World, where they struggle to earn enough to re-unite the family. Stefan is instantly smitten with the Jewish suffragette neighbor, Rebecca, but Rebecca's brother Moishe and Mike oppose the would-be Romeo and Juliet. Returned soldiers, angry at the lack of jobs after the war, violently threaten the city's immigrants, including Emma, the refugee from racist violence in Oklahoma.